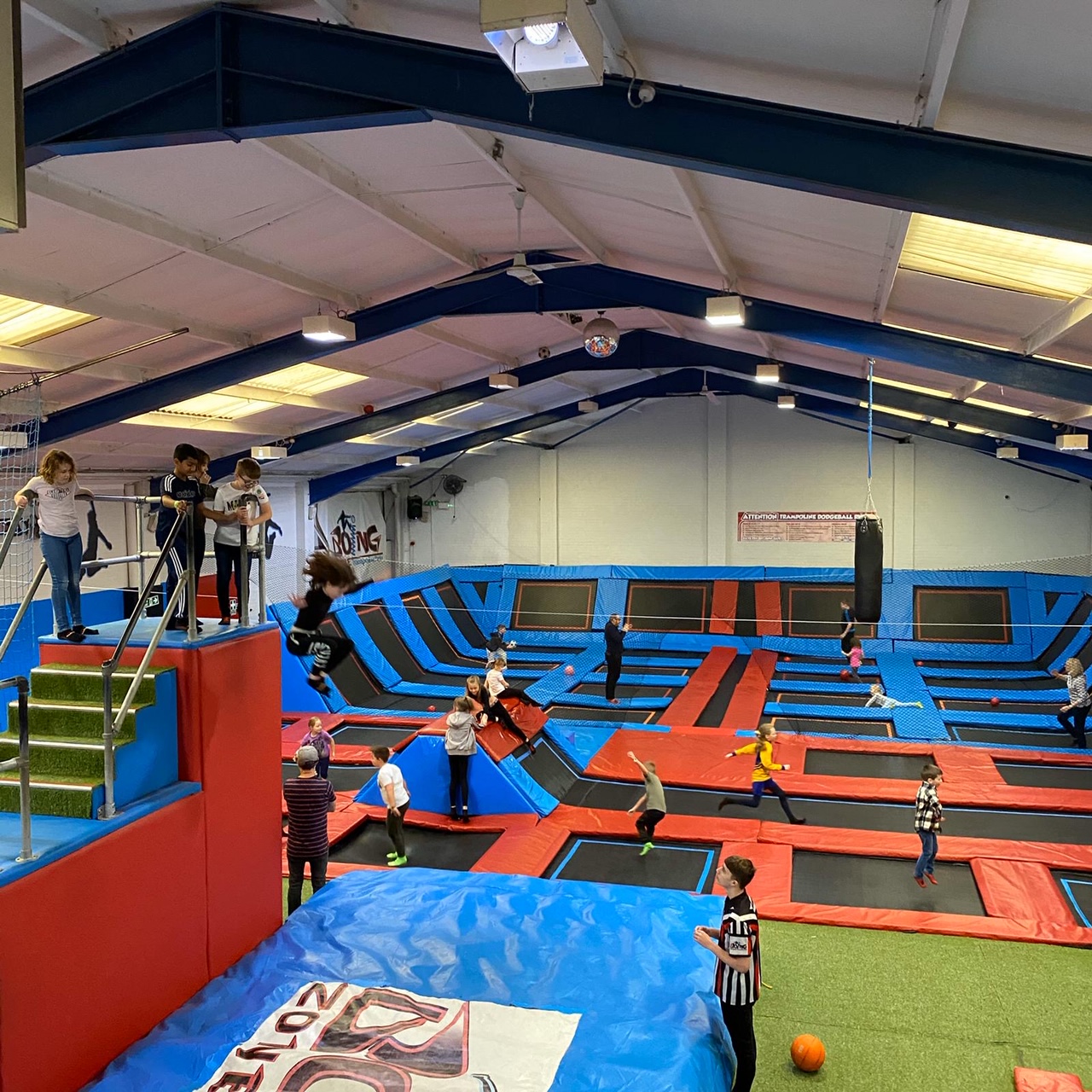 Trampoline Dodgeball is the fastest growing adult participation sport in America!
During every general session we’ll be running Dodgeball games which are open for everyone to join in with. Yes you heard right, Dodge-Ball on trampoline! Not played Dodgeball before? …no worries, it’s awesome fun and really easy to participate in. It involves throwing foam balls at the opposition team, if you’re hit by a ball you’re out. It’s that simple…last team or person standing wins. Where there is interest, we will also be running Dodgeball competition nights in the Autumn – so gather up 5 people and head on down for some ball dodging action!

Please note that DodgeBall games are organised for all Party bookings, which means that the DodgeBall court may be unavailable for 5/10 minutes each hour.

Have fun but jump safe!